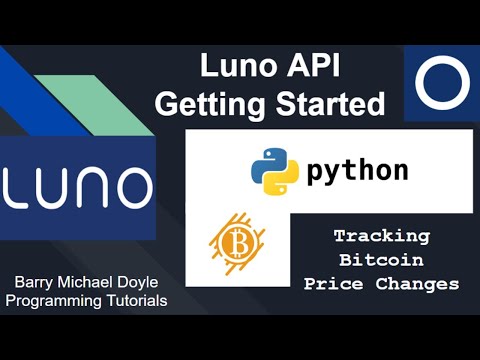 Hey! Welcome to our official announcement!! Thank you for your continued support of TRUSTplus!
It's been great reflecting on the last couple of weeks and seeing that we have so many supporters interested in the success of this coin!
Oh, and once again, thank you for your patience!
A few things first.
I am happy to see that the TRUST market has continued to experience steady and sustained growth! Since our last announcement, we have seen peak values up ~5 times compared to August 20th and ~13 times higher than those in August 15th! It is good to see the market responding well to our continued development efforts!
When you think about it, we are doing something special with this coin. We are not only proving that you can TRUST the efforts of the TRUSTplus coin developers, we are continuing to bring transparency and legitimacy, TRUST, to the alt-coin community!!
In fact, as of September 14, 2014 CryptoAsian has given us a 5 out 5 score for our proof-of-dev!! http://cryptoasian.com/trust-trustplus
It is great to see the continued support our dev team is receiving by everyone who has chosen to like and follow our efforts!! The TRUSTplus Facebook page now has a reach measured by Facebook at over 8,474 (nearly 8 times the reach since our last announcement)! https://www.facebook.com/TRUSTplusCoin
The community support has been so great that TRUSTplus has been added to the Preliminary list of Coins to be included in the Casheer platform!! http://forum.casheer.net/viewtopic.php?f=30&t=55
Oh, and please don't forget to check out and like our Facebook page!! https://www.facebook.com/TRUSTplusCoin
Ok, now to the more technical news.
http://cryptoasian.com/trust-trustplus/ http://trustplus.com/wp-content/uploads/2014/09/PODSlider.png http://forum.casheer.net/viewtopic.php?f=30&t=55 https://pbs.twimg.com/media/BxQTOyGCYAAqgrj.jpg
TRUSTplus Android Wallet
I have said that I would develop an android wallet for TRUSTplus and I mentioned that in order to do so I would need to fork and port trustplus-wallet and trustpluscoinj. https://github.com/stafutrustplus-wallet https://github.com/stafutrustpluscoinj
Today I am happy to announce that we have the trustplus-wallet available as a packaged apk built and installed in both emulated and live android environments! The apk can generate Trustplus addresses and private keys accepted by the trustplus peer network, and is currently in pre-release beta on the peer network! http://trust.blockexplorer.cc/tx/61b457c3d22df61e0ef5d63179261b09e411a101347c4bface13f254401780da#o1
That is, today I have the trustpluscoinj library communicating with the TRUSTplus peer network, have the wallet running in a live android environment, can pull blocks from the blockchain, and generate trustplus addresses & key pairs that can send/receive coins!! Please email me, [email protected], if you are interested in testing the pre-release beta version of the wallet.
You can feel free to scan the QR code that is part of the screenshot below to verify its authenticity. http://i.imgur.com/Y0FRF2Z.png http://imgur.com/a/CRdic/all
Automatic Transactions in the Android Wallet
I have also validated the planned implementation and proof of concept for privacy enhancing automatic transactions!! The work that builds on the white-paper we released on how Automatic Transactions will enhance the privacy of your TRUSTplus transactions!! https://www.dropbox.com/s/l4sj4wotomorlq8/OnTrustPlusAutomaticTransactions-07-2014.pdf?dl=0
pyTRUST In the previous announcement I informed you of my efforts to make it easier for merchants/service providers to use TRUST. I am happy to announce that I am also making excellent progress in developing that architecture!!
So far I have been able to interface to the first (PostgreSQL) of the three SQL databases that will be supported by pyTRUST. I have identified pycoin and trustplus-python as the modules which I will port/extend to pyTRUST for managing raw transactions. I will be using trustplus-python to implement raw/automatic transactions and interface with the TRUSTplus daemon via RPC. I will be using pycoin to directly connect to the trustplus peer network for lower level management raw transactions.
You might ask, "why two raw transaction interfaces to the trust plus peer network?".
The answer to that question is as follows: We will continue implementing raw transactions that are be designed to support payments (traditional user of coins) and contracts. But we can do better!!
We are moving towards TRUSTplus 2.0, contracts!!
That is, pyTRUST will facilitate the generation, execution, and evaluation of decentralized contracts!!
One example (of many), imagine that a user wanted to open an account via some web service, and wanted to establish some TRUSTworthiness with the web-service provider, but has no preexisting reputation to leverage.
Well, what if that user could buy TRUST from the web-service?! That would be the first part/start of the contract!!
Now, lets say that at some point the user closed their web-service account. In that case they'd probably like some if not all of the TRUST they bought from the web-service to be made available for them to use freely; without having to worry about the web-service spending the TRUST in the contract, or the risk is that the web-service might just disappear one day!!
On the other hand, if the user turns out to be abusive, the web-service would not allow an early close of the contract. If too much abuse is getting through, the size of the deposit can be raised, andor the length of the contract can be increased. That would be the second part of the contract!!
You can learn more about contracts at the reference below: https://en.bitcoin.it/wiki/Contracts
With TRUSTplus and pyTRUST I will be working to develop novel, custom, and legally sound decentralized TRUST contracts!!
I am very confident that pyTRUST will provide merchants/service providers with the ability to easily and seamlessly use TRUST to carry out transactions!! These modules will allow any website/htmlform to use the pyTRUST cgi based python class!
Oh, and two more things.
Paypal and Market API implementation!!
https://www.paypalobjects.com/webstatic/mktg/logos/AM_mc_vs_dc_ae.jpg https://bittrex.com/Content/img/logo-black-bittrex.png
Not only will pyTRUST support contracts and be able to interface with commonly used SQL databases, like PostgreSQL, MySQL, and SQLite; we are adding PayPal and market exchange support to pyTRUST!!!
As part of the development phase of TRUSTplus, we will be implementing the PayPal RESTful interface and bittrex-python api!!. As always, please do not hesitate to contact us if you have any comments, questions, and/or concerns!
http://i.imgur.com/BfmZbyD.png http://i.imgur.com/OL5AXNB.png

Apache Spark Query only on YEAR from “dd/mm/yyyy” format. I have more than 1 Million records in excel fileI want to query on the Table using python, but date format is dd/mm/yyyy Github - Blockstack/pybitcoin: A Bitcoin Python Library For Private + Public Keys, Addresses, Transactions, & Rpc. A Bitcoin python ... This article aims to teach you how to predict the price of these Cryptocurrencies with Deep Learning using Bitcoin as an example so as to provide insight into the future trend of Bitcoin. To run the code below, make sure you have installed the following ... There are numerous libraries that can be used for connecting the bitcoin-rpc with Python. For the sake of simplicity, we use the requests library for Python. By working with python we simply pass on the arguments that would otherwise be passed via the bitcoin-cli using Python. An example script that queries the earlier example is below: If the packages are installed correctly then it should ... bitcoin json rpc with python requests module? Ask Question Asked 3 years, 8 months ago. Active 1 year, 3 months ago. Viewed 2k times 2. 2. I've been trying for hours, and I just don't know what I'm doing wrongly. It's just for planning/research (not performant) -- playing around with some code from github -- but I need to see it functional. RPC_USER = username RPC_PASS = pasword rpc_id = ID ... A very simple pure Python implementation of a CryptoCurrency stratum CPU mining client. Currently supports scrypt (litecoin) and SHA256d (bitcoin). At a Glance. Simple, one file; Supports Scrypt (litecoin, dogecoin, etc) and SHA256d (bitcoin, namecoin, etc) Stratum (and only stratum) Zero dependencies (beyond standard Python libraries)